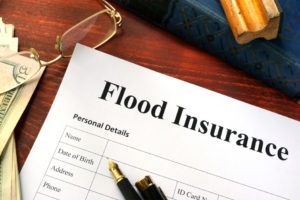 If you live in an area where floods are a common thing and you have just been recently hit by one, then you’re going to be very surprised to find out that your homeowners insurance won’t cover the damages.

If you want to be protected, you will need to buy a separate insurance policy through the NFIP which is administered by FEMA or through a handful of independent sellers. As for the limit of the policy, it’s $250K for a structure and up to $100K for personal possessions.

In 2012 Congress has finally passed the Biggert-Waters Flood Insurance Reform Act which actually made it impossible for homeowners living in high risk areas to qualify for great discounts when it comes to buying a policy. However, just last year, Congress passed another law that lowered the impact of the increases in premium for a wide range of policies.

The new rates went in effect on April first, but the increase in cost for people getting flood insurance in high risk areas hovers at about twenty five percent, which is not cheap. Surcharges were also included for all policies: two hundred and fifty dollars for second homes and twenty five dollars for primary homes (owner occupied).

If you don’t want to buy flood insurance, then in the event of a flood you’re going to have to pay for the damages out of pocket.

Being hit by a flood can be very overwhelming, but when you are, it’s recommended that you move fast and document the damages to your property as soon as possible. Next, file a claim as soon as possible (you have up to sixty days to do it). In some cases, you may be granted an extension, but such scenarios are rare. Take a lot of notes and a lot of pictures of the damages and then file your claim.

When making a claim, it’s important that you do not fully rely on the insurance company’s assessment of the damage. You should actually hire a third party who can inspect your home (especially the foundation) and give you his opinion on it. If the foundation was affected by the flood, then fixing it is going to be a lot more expensive than soggy carpets and drywall. Unless you have the full picture of how the flood impacted your home, you cannot get an accurate number.

Below we’ve come up with a few questions you need to consider when it comes to getting flood insurance:

What if the floodwater damages my car?

Will my homeowner’s insurance policy cover the damages if the flood causes a tree to fall on my house?

Are temporary living expenses covered by my federal flood policy?

It seems they’re not. Also, the policies don’t cover damage to your patios and decks (the exterior of your home).

How can I file a claim after buying flood insurance?

If you have a federal flood insurance policy, then you need to wait for thirty days prior to them becoming effective. If you buy an independent policy, then it may kick in faster, yet the pricing and coverage can vary. In general, it’s recommended that you get an independent quote that you can later on compare to federal coverage.