Your homeowner’s injury liability policy may cover a wide range of accidents. For instance, when someone gets injured on your property or in your home, your policy will cover the costs associated with this. So if someone were to file a claim against you because they got injured on your premises (which is by the way called a third party claim), your insurer is going to help cover the costs 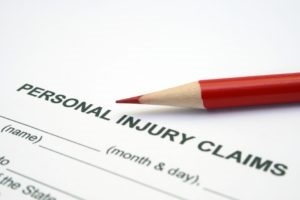 For instance, if you have a $200K liability limit under your homeowner’s policy, the insurer will pay the injured individual a maximum of $200K. If the damage exceeds that amount, then you’re going to be responsible for paying them. There may also be cases when your policy’s limits are exceeded, but the good news is that your homeowner’s injury liability policy could have an umbrella provision which can protect you in such situations.

The majority of injuries of those visiting you in your home are going to be covered by the policy. For instance, an example of a claim that’s governed by negligence is a slip and fall accident. In order for the injured party to be compensated for his injuries, they need to prove that you have not exercised reasonable care in making sure that your property is fee of hazards.

Depending on the injury though, there is a chance that negligence may not be necessary. So if you live in a state with a strict liability when it comes to dog bites, then the injured party won’t need to prove that you were at fault in order to make a valid claim and get compensated for his injuries.

In this case, there is a chance that any injury that results from intentional acts on your party may not be covered by the homeowner’s injury liability policy. Therefore, if you get in a fight with someone and you attack him, then your coverage won’t kick in to protect you.